My 3D printer is a DIY version of the Marlin Prusa. Some of the materials I had to buy, some I had to make from plywood, and some I had to print out.

It all began when I made a CNC machine, after a while removing material, I thought that it should be possible to add material. I bought an extruder from Charlie's 3D technologies. With the extruder mounted to the CNC, Pronterface, and all parts downloaded and sliced with Cura, the excitement of 3d printing could begin. It was not an easy task to configure my DIY CNC and Pronterface to work together, but after a few evenings and a lot of coffee, I started to print out all the parts.

Here's a few pictures of the result: 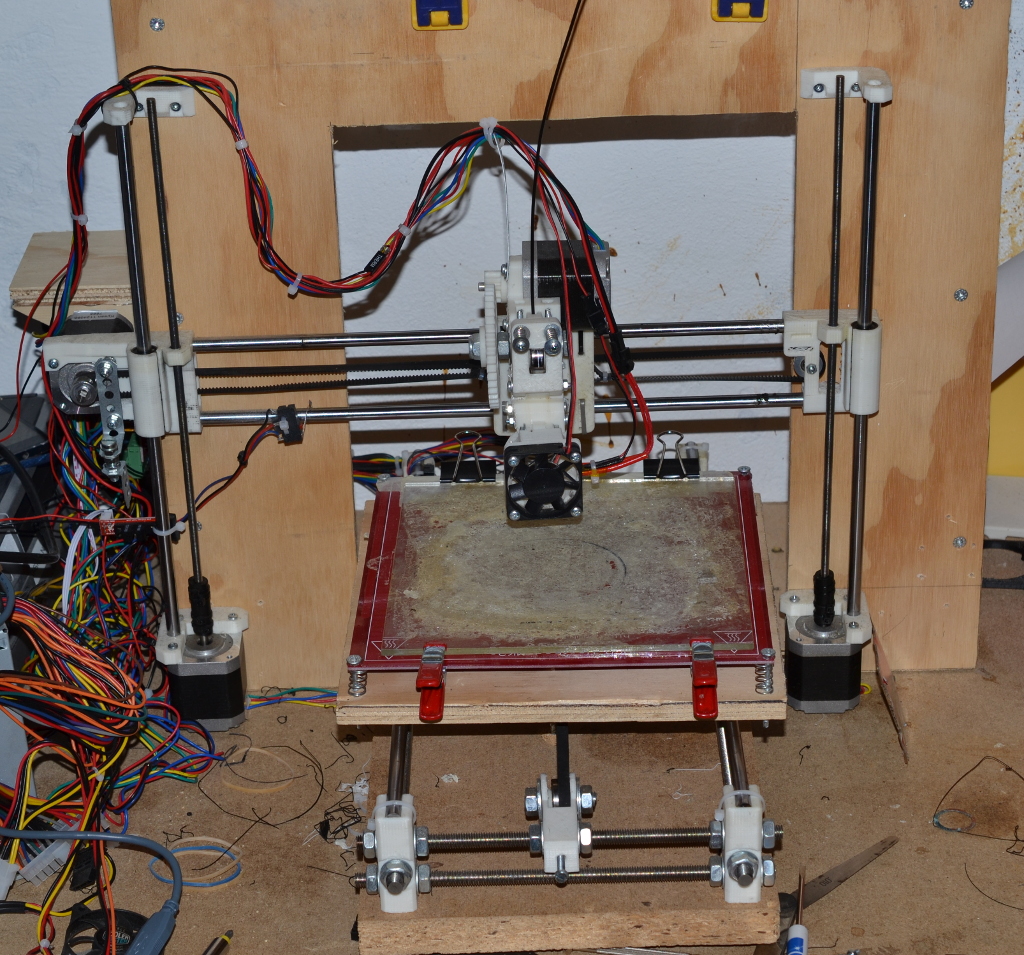 This is the printer 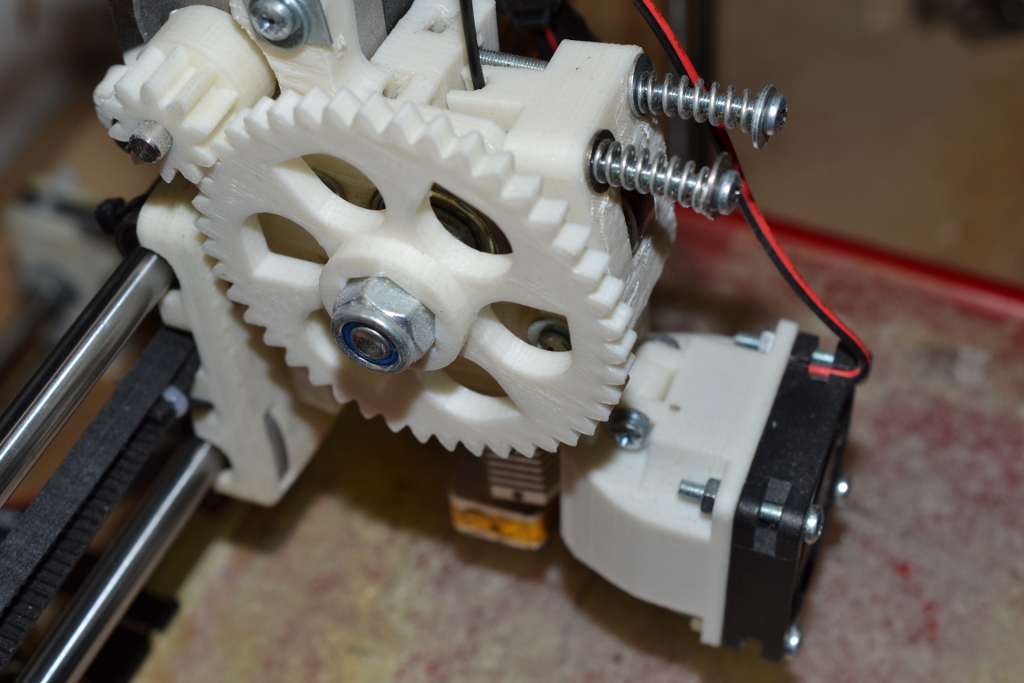 Closeup of the extruder 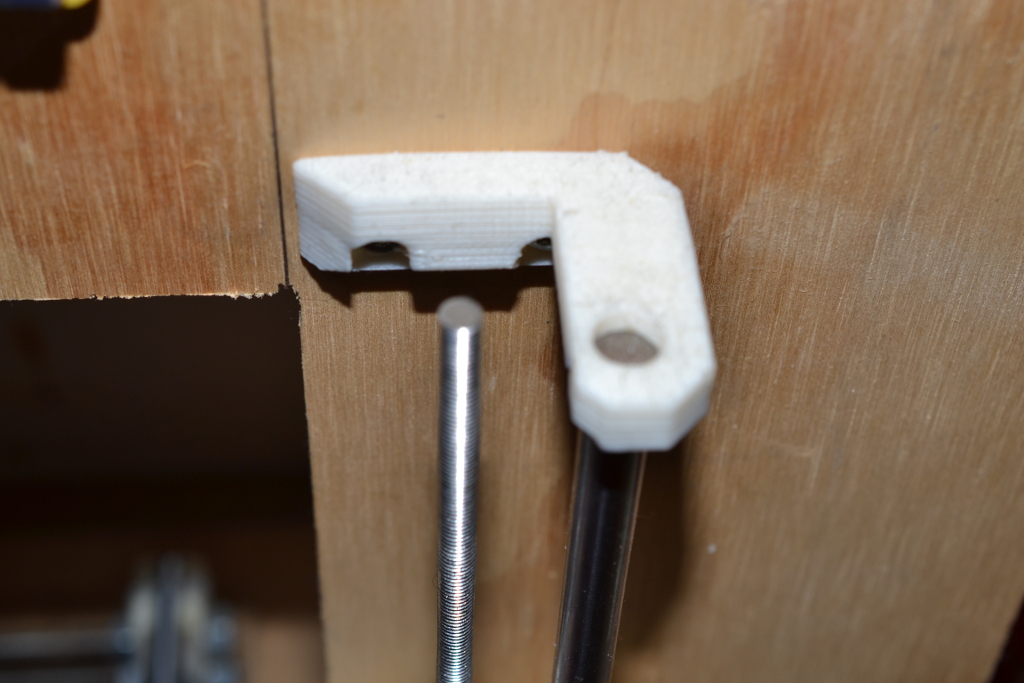 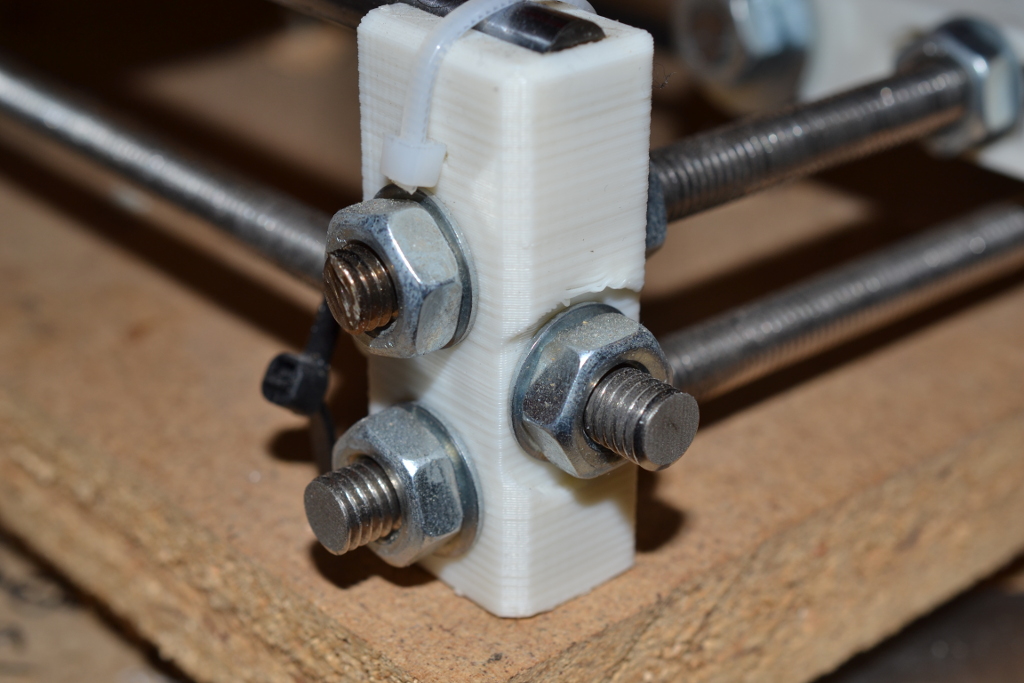 One of four corner connections 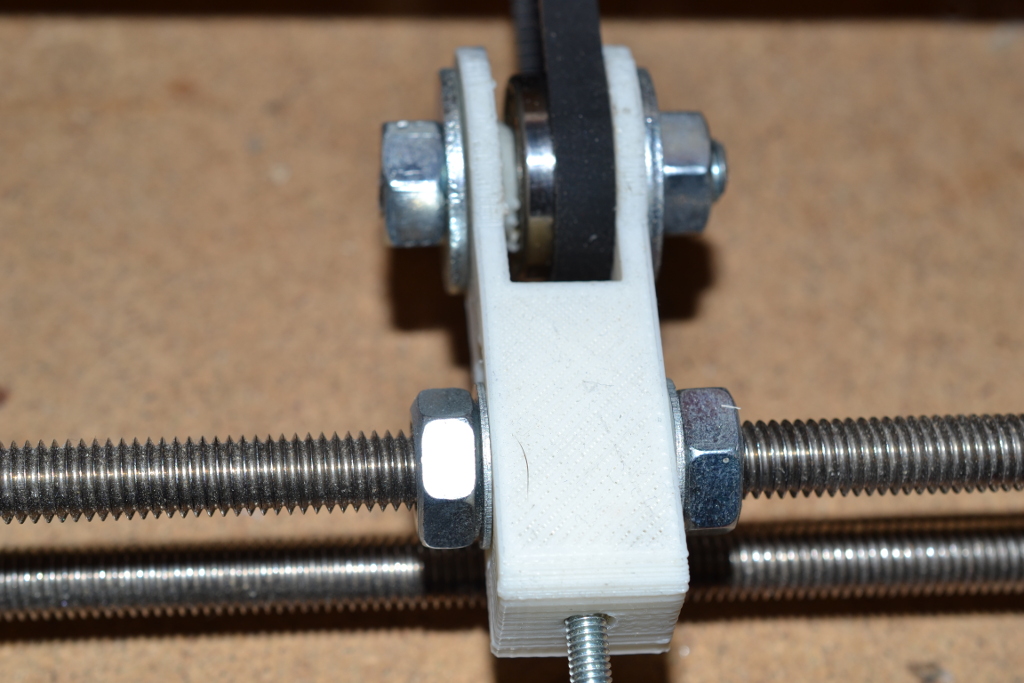 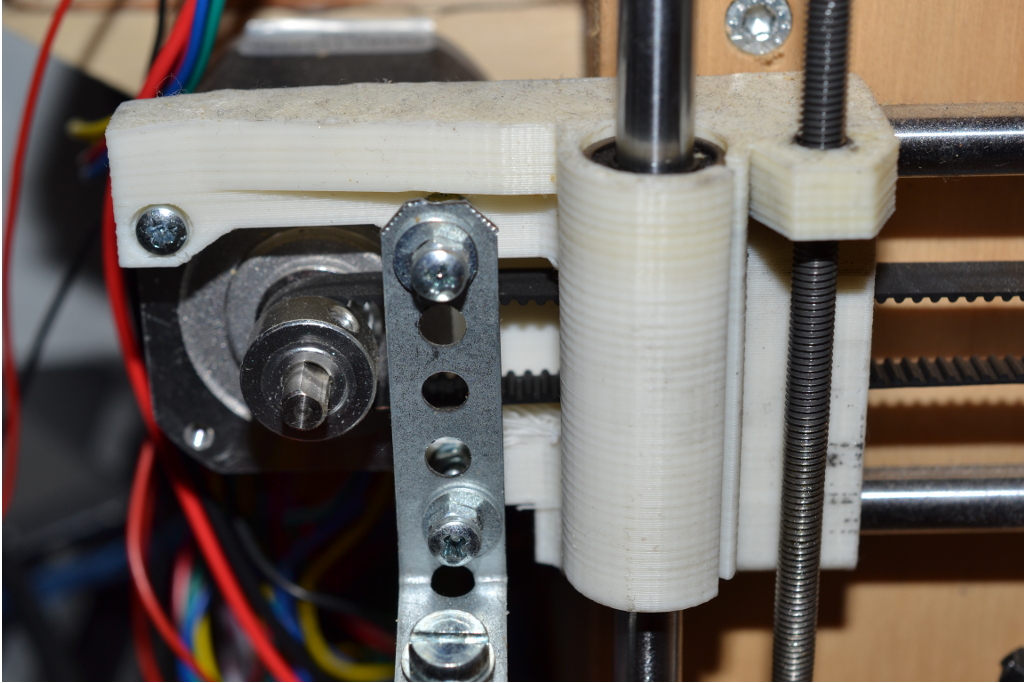 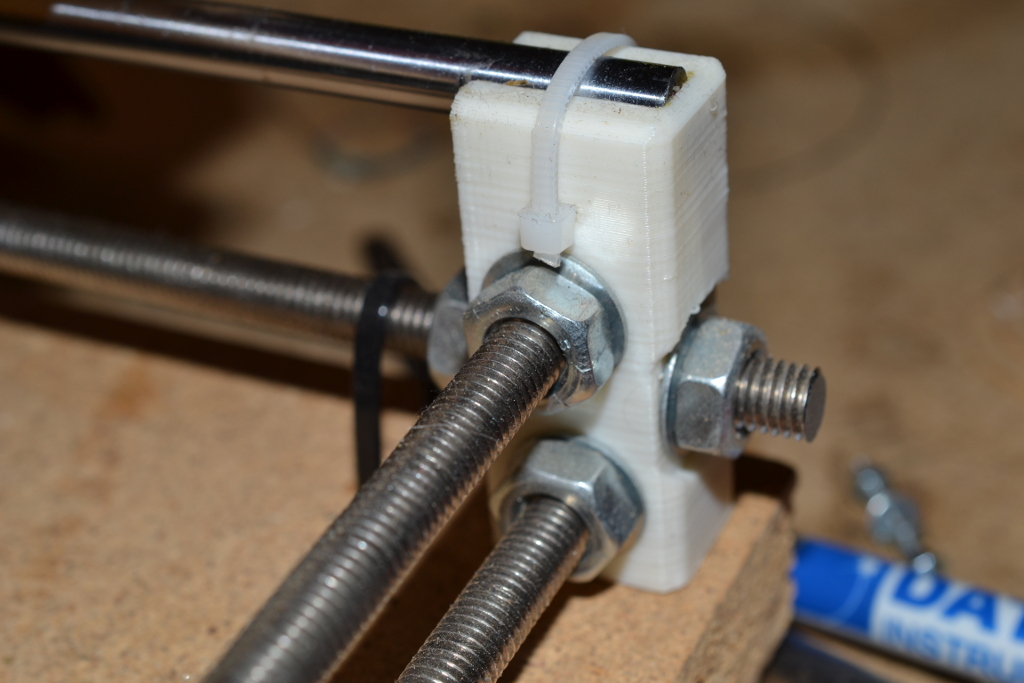 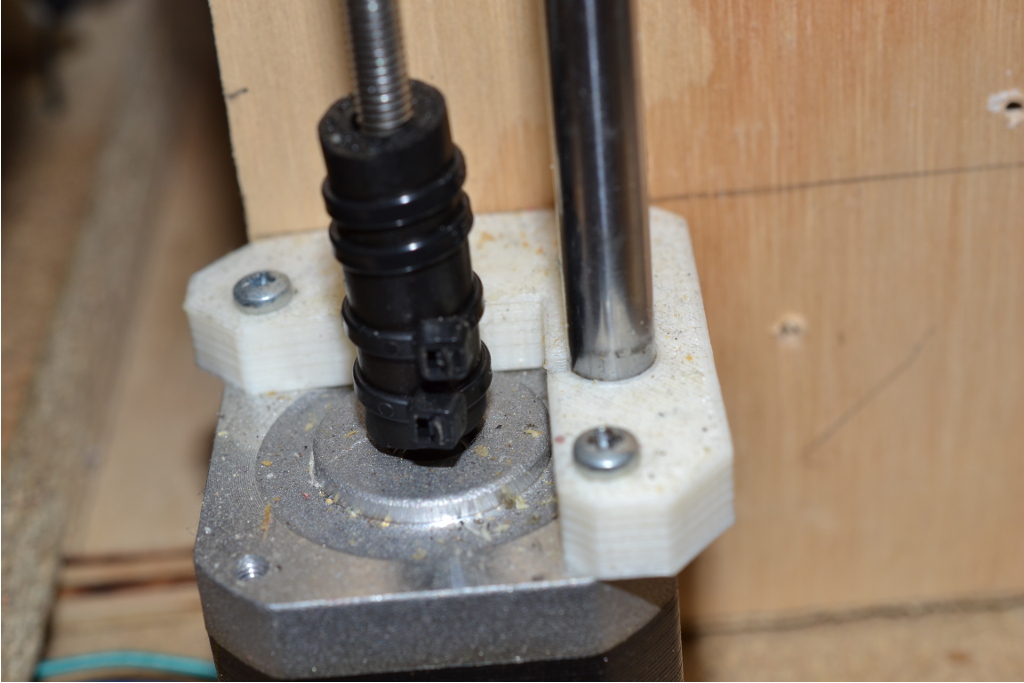 On the electronic side, I have a Arduino ATMEGA 2560, running the Marlin Prusa software. This Arduino is controlled with a Raspberry Pi, running Pronterface. The power source is a modified old PC ATX powersupply.

One of the hardest part was to fine tweak the prusa software with my hardware. I had no idea that 1mm could be so big. This is precicion work at its finest!